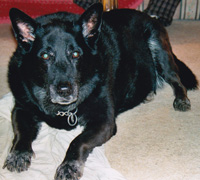 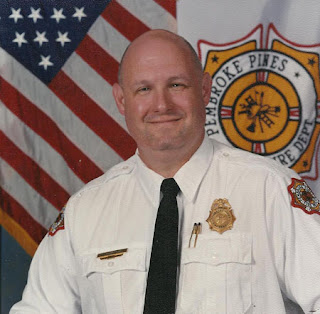 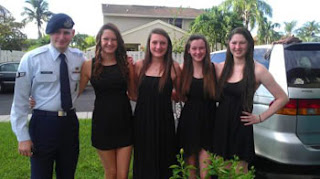 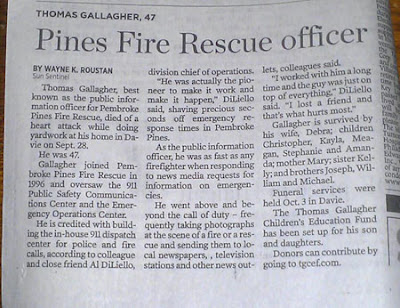 Blessings,
Janet
Posted by JKW at 5:38 PM No comments: 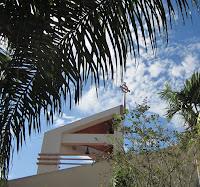 The Church bell and cross.

Tom worked for several cities (working his way up) and each city Police and Fire Departments were represented.  He was Fire Chief for the City of Pembroke Pines. He was well liked and so talented at what he did that he received phone calls for recruitment from all over the U.S. He was a Master with communications systems.  He will be missed by all who knew him. 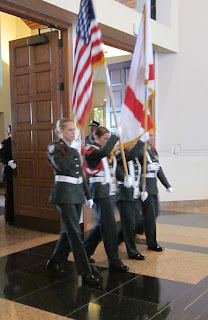 Presentation of the colors. 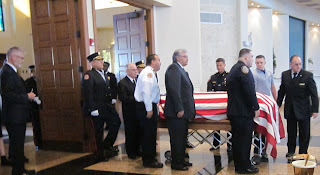 Bringing in the the casket. 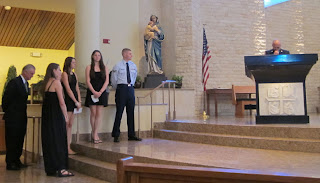 All five children were able to speak. 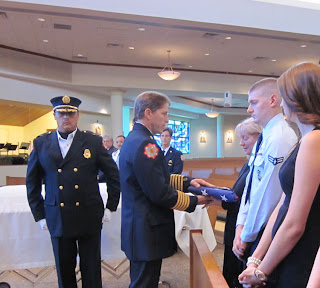 Presentation of the Flag to my daughter Debra, his wife. Their son, Christopher with the Air Force is standing beside her and the oldest daughter Kayla. 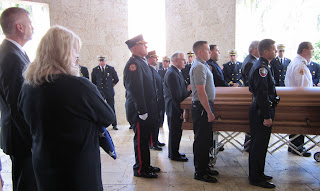 Waiting for the call to go out to transport Tom. 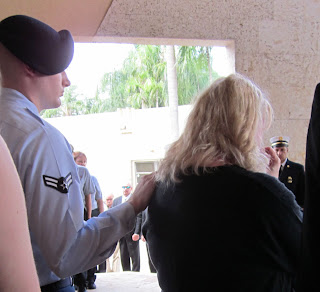 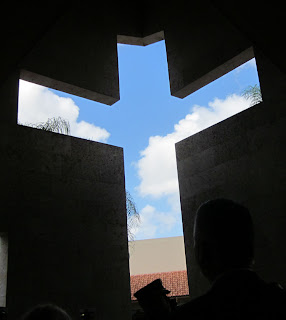 The vestibule where we waited.

It was a very moving and blessed service.  The people he worked with think highly of him.  One co-worker was there in ICU waiting for word of Tom and worked closely with him said: Each time someone leaves or retires, we think that person cannot be replaced, the department won't run smoothly, but it always does.  All four wheels stay on the ground each time and it is a smooth transition. They are replaced successfully.

However this time. . . one of the wheels just fell off.

May God be with you.
Blessings,
Janet

Today is the funeral 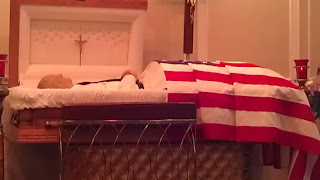 God has said Hello and we say goodbye and God Bless Today. 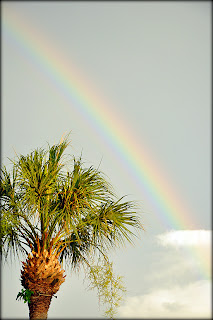 May you know God's Blessings.

Love and Blessings,
Janet
Posted by JKW at 6:39 AM No comments:

JKW
God, family, and friends are most important. Crocheting art dolls for my nursing home friends and oldsters are a new challenge that I look forward to. Everyone needs someone. . .I learned from my friend that having a doll friend is sometimes the only companion that can be related to especially in times of loneliness. I try to carry them with me so I can give them away as needed. I love to see their faces as they choose their doll.